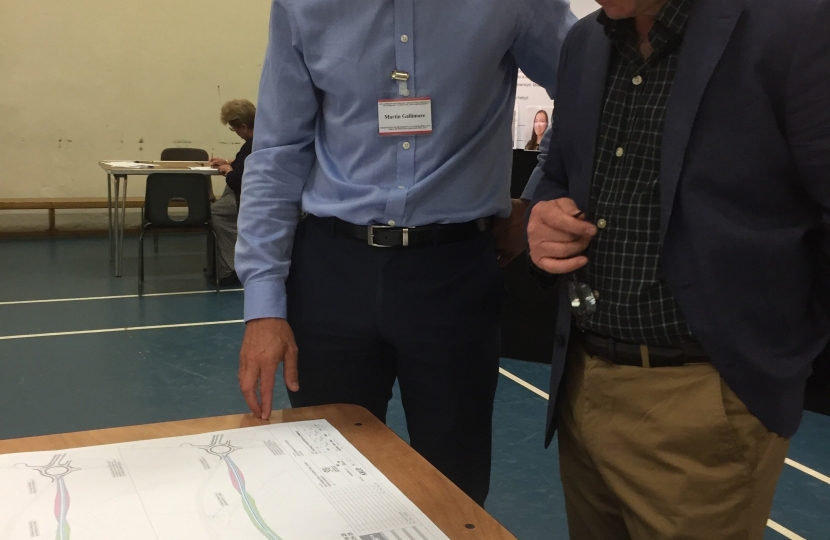 Simon Hart MP is encouraging as many people as possible to have their say on making a dangerous Narberth junction safer.

Redstone Cross, just north of the town, is a notoriously tricky junction with traffic having to negotiate the busy A40.

“Over the years I have had a lot of local residents and businesses contact me with their concerns about this junction so I was delighted to hear that it was going to be upgraded as part of the Penblewin- Llandewi Velfrey by pass scheme,” said Mr Hart.

Initially three routes were mooted – two running to the north of the existing A40 and one to the south.

Public information sessions were held asking for feedback on these plans and as a result of these, a second southern route was added into the mix.

Two of the routes include a flyover or bridge which would mean the A40 would by pass the junction all together.

The other two involve redesigning the existing junction to make it more staggered and safe.

“Obviously there is no point in replacing one problem with another one,” said Mr Hart.  “There are also environmental and cost factors to be taken into account.

“The plans can be viewed at simon-hart.com and I would urge everyone to contact A40enquiries@arup.com to request a questionnaire so that they can make their views known.”

Our Plan for a Stronger Economy

Read about how our plan is tackling inflation and helping you with the cost of living.