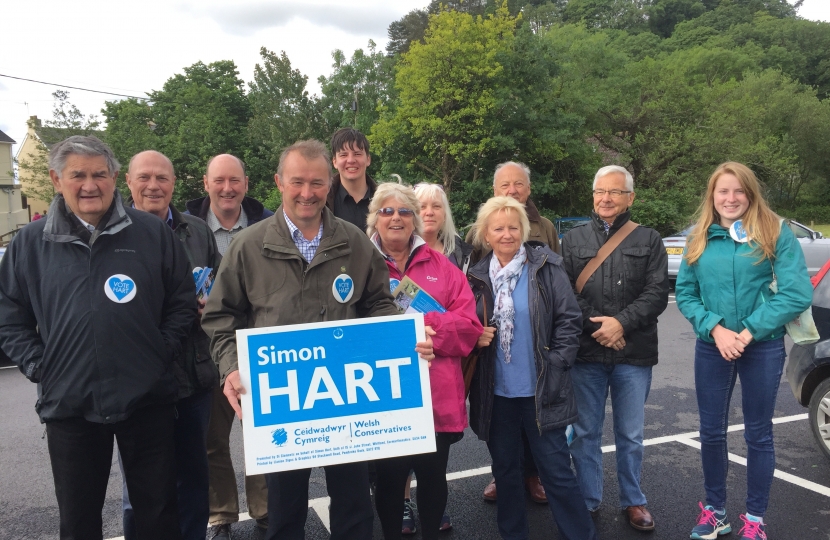 Simon Hart has been re-elected as MP for Carmarthen West and South Pembrokeshire for the third time with an increased share of the vote.

Mr Hart won 19,771 votes - 46.8% share of all those cast - and the most votes ever cast for the Conservative party since the creation of the seat.

He said: “I am delighted to have been elected for a third time and to serve the constituency once again.

"I have always placed my priorities in the constituency rather than my work in London.

"I was pleased to increase my majority by some 2,000 in what has been a difficult night for the Conservative party."