Member of the Senedd for Carmarthen West & South Pembrokeshire

Samuel Kurtz is a Pembrokeshire County Councillor and the Welsh Conservative candidate for Carmarthen West and South Pembrokeshire in the upcoming Senedd elections.

Born and raised on the family farm with self-catering holiday units in the heart of the Pembrokeshire Coast National Park, Sam is a Welsh speaker who attended local schools before achieving a BA Hons in Politics from the University of the West of England, Bristol.

Upon graduating, Sam returned to Pembrokeshire to work as a reporter and local journalist for the Pembrokeshire Herald and Western Telegraph before taking up a position within the office of the local Member of Parliament.

Elected to Pembrokeshire County Council in 2017, Sam has a strong record of standing up for his community, providing practical support for constituents and being their voice in the Council Chamber.

Sam lists his political priorities as ensuring there are skilled job opportunities for local people, supporting the Welsh NHS with the resources it needs and developing the rural economy of West Wales, building upon the positives of both tourism and agriculture.

Outside of politics, Sam is the current vice-chairman of the Pembrokeshire Federation of Young Farmers’ Clubs, having previously won several competitions at Welsh and National level, including public speaking, on stage entertainments and rural affairs competitions.

Sam is also a keen sportsman. In the summer months he is seen playing cricket across Pembrokeshire and Carmarthenshire while during the winter, Sam plays football and rugby locally. 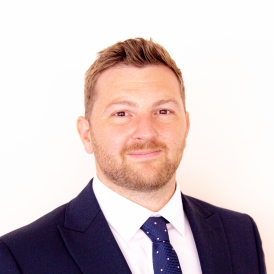