Angela lives in Pembrokeshire with her husband and two young children and considers herself to be a countrywoman with a metropolitan heart. Angela was brought up in various countries throughout the world and when she left school her interest was caught by the world of business. She has been in business ever since and has worked for companies as diverse as Waitrose, Thorn Emi and Asda to a number of smaller enterprises and held positions up to and including Director level. In the course of her various jobs Angela has lived and worked in London, Bristol, Rugby, Leeds and the United States. However her parents stayed many times in Pembrokeshire on holiday and Angela and her husband continued to do the same until the opportunity arose for them to move to Pembroke. A keen member of a book club, Angela also rides, shoots, dives and loves the chance to mess about in boats and get to the cinema and theatre. The loves of her life are, however, her family and friends and the best days are the days spent with them.

Angela's Experience
Until now Angela has not considered herself a mainstream politician. Like many people she has espoused single-issue causes, particularly homelessness. This was very dear to her heart when she was living in London and for a number of years she used to visit the West End as part of a team, offering food, clothing, advice, contacts and practical help wherever possible. Angela still believes very strongly that most of the homeless have been let down by society at large and saw that many of the people she met were either shockingly young to be so lost or had mental health issues and/or addiction problems. In recent times Angela has become very involved with local issues in Carmarthenshire and Pembrokeshire, particularly the proposed downgrading of the two District Hospitals of Glangwili and Withybush, the endless closures of rural schools with the subsequent fragmentation of the communities they served, and the apathy and lack of hope of so many youngsters. And is ever the way, having got involved Angela has now a list of areas where actions need to be taken, where local views are being ridden rough shod over and where people are asking for their voice to be heard. 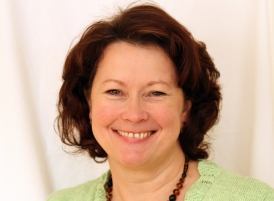