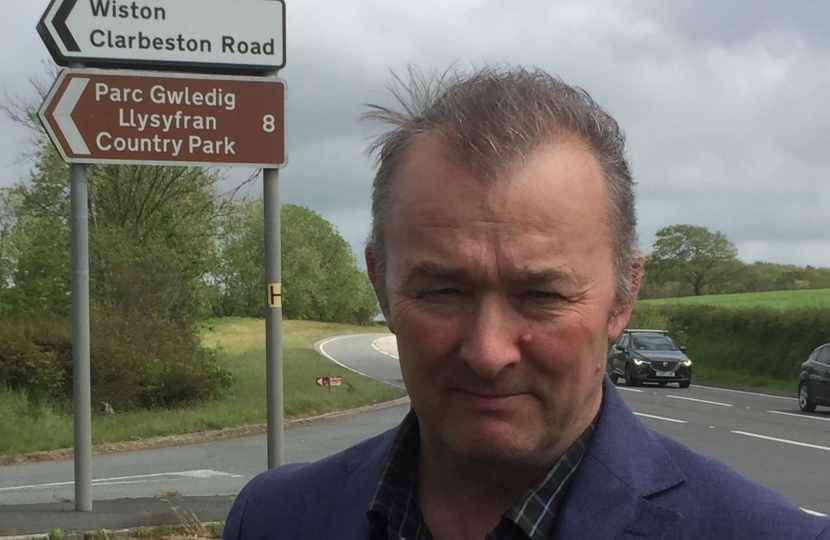 The attraction is undergoing a £4 million revamp, however the construction firm involved, Dawnus, went into administration in March, putting the project on hold.

Mr Hart was contacted by families who had travelled to the park over a bank holiday weekend - only to find their journeys wasted.

“It is a long and slow eight miles from the A40 to the park and we heard that many visitors were arriving at the gates only to find them locked,” he said.

“All the brown signs were still up and even the website only had a small notice at the bottom of the page saying it had closed.”
Following Mr Hart’s queries, Welsh Water has now put a much more obvious notice on the front page of the website, removed advertising literature from information centres and also put up closed signs on the route to the reservoir.  However, the brown signs on the A40 are still uncovered.

“Ideally they need to cover up the brown signs on the main road as well as it is still giving a misleading impression that Llys y Fran is open,” he added.

“I have not been able to find out from Welsh Water how many months the Dawnus collapse is going to add to the total closure time.

“They tell me that the re-tendering process is well underway and it’s hoped that the new contractor will be in place by late summer or early autumn.  That suggests to me that the whole project is going to be at least six months longer than originally planned which is a pity as this is a terrific destination for the county.”