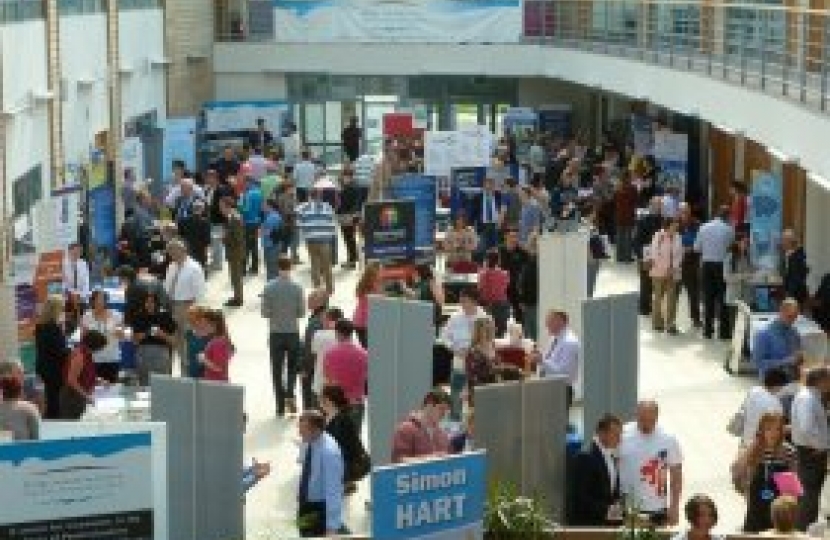 Simon Hart MP has launched the 2014 Pembrokeshire Jobs Fair, following the huge success of last year's event. The Fair will take place between 10am and 1pm at Pembroke Town Hall on Main Street on Monday May 12.

Last year's event saw 350 jobseekers through the doors and resulted in an estimated 10 per cent finding work.

"It was very much an experiment when we launched the event last year but we decided that it would be worthwhile if only one person got a job as a result," said Mr Hart.

"In the end it exceeded all expectations and we were thrilled by the number of companies who attended and by the calibre of the job seekers who visited.

"We have already had eleven companies and training or education organisations signed up to take part and we only sent out the invitations a few days ago," he added.

Among those attending will be care providers Shaw Specialist Services and Care in Hand, Whitland engineering firm Magstim and Apple Blossom Cleaning Services.

Also on hand to offer help and support will be JobCentre Plus , New Direction Education and Workways.

Careers in hospitality will also be on offer with Oakwood and St Brides Spa Hotel attending and the Western Telegraph and Pembroke Power Station will also be manning stands.

"I am extremely grateful to all the companies who are taking part and if anyone would like more information about the event then please contact christine.toy@parliament.uk," added Mr Hart.