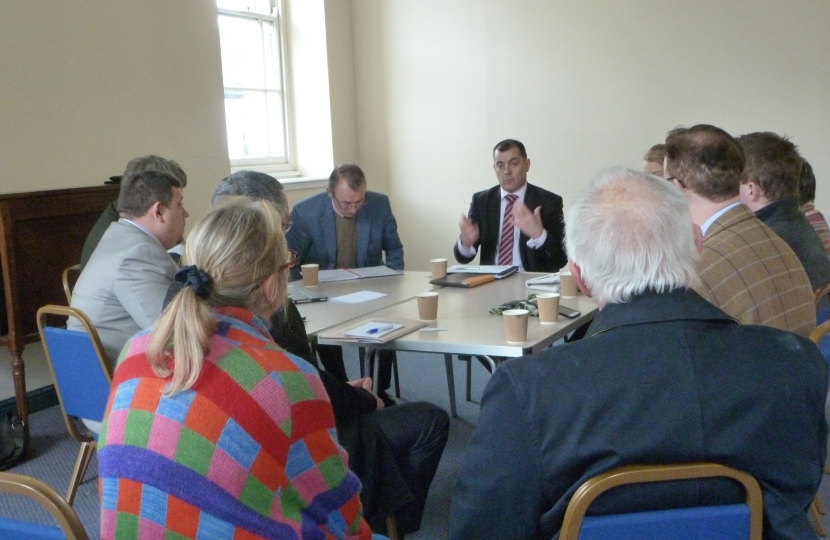 NatWest has confirmed to Simon Hart MP that it will remove the last remaining on-street cashpoint in Narberth.

Mr Hart organised a meeting between the bank and community leaders from Narberth and Pembroke after the bank announced plans to close branches in the two towns on June 28.

“Of particular concern to traders and customers in Narberth was the fact that NatWest was closing the last remaining on-street cashpoint in town,” said Mr Hart.

“We asked them to look again at the proposal but they have written back to confirm that they have reviewed the decision and stand by it because they do not think the ATM will be busy enough.”

However, the bank has said that it will work with Nisa supermarket on the edge of the town to improve lighting at the remaining outdoor cashpoint which is situated in the shop’s carpark.

It also confirmed that the replacement Mobile Bank will be available at the Town Moor car park every Tuesday from 10.30am til 11.15am.

“I also asked if they could confirm that there would be no more branch closures or cuts in opening hours at their remaining branches in the area and they confirmed that they had no current plans,” added Mr Hart.

PIC CAP: Simon Hart MP is pictured with NatWest bank representatives and community leaders from Pembroke and Narberth at the meeting that he organised to discuss the bank’s branch closures.