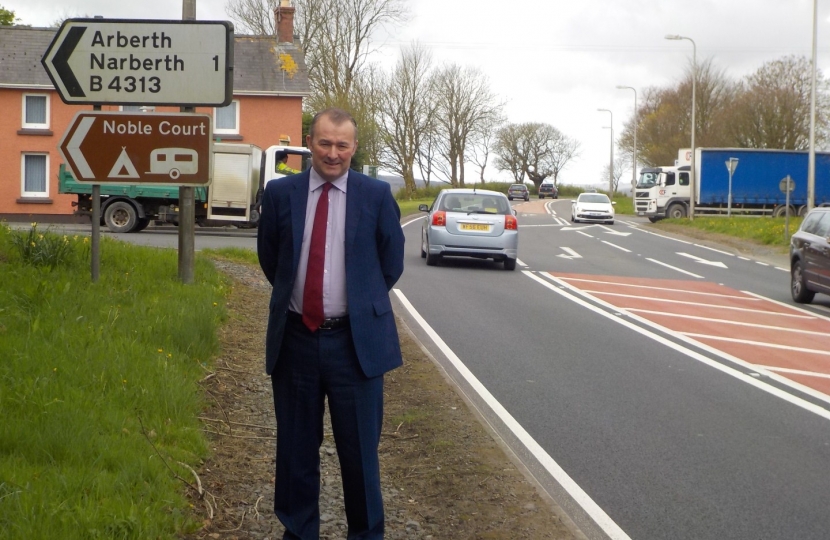 He wrote to Welsh Transport Minister Ken Skates following a collision last month at Redstone Cross in which a 73-year-old man was killed.

Mr Hart explained: “A constituent who lives nearby and is a former policeman got in touch to say they were worried about the number of accidents at the junction.”

Mr Hart asked the council for accident figures for the crossroads and discovered there have been four accidents that resulted in six people being injured in the past ten years.

“I highlighted these figures when I lobbied the Welsh Assembly Government and asked them to take a look at whether the junction could be made safer,” explained Mr Hart.

The Cabinet Secretary for Economy and Transport responded with news that investigations had begun into “further overtaking opportunities and safety improvements” along the length of the A40, including at Redstone Cross.

Mr Hart added: “I hope that this means they are looking into making more overtaking lanes along this stretch of road and perhaps improving visibility at the junction which is on a slight bend and at the brow of a hill.”