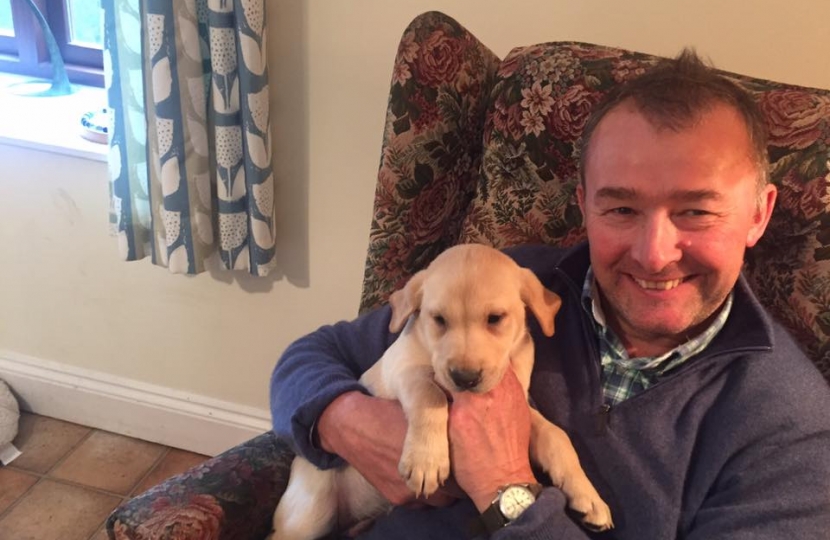 Simon Hart MP is supporting a crackdown on third party puppy sales and puppy farming – of which there is more in Carmarthenshire than any other part of the UK.

Mr Hart visited a puppy farm in the county as part of a Select Committee investigation into the practice. Now the Government has said it is likely to launch a formal consultation on whether to ban third parties from selling puppies.

He said: “Generally speaking I think “banning” things may sound good but so often it either fails to achieve its aims, or has unforeseen consequences that actually make things worse.

“But with puppy farms it’s hard to see how they can ever meet the standards we now expect as standard. Buying and looking after a dog is a big deal, and if that means we may have to travel further and pay more to ensure the pup is healthy and its parents properly cared for, then so we should.”

More than 143,000 people had signed a petition calling for the measure, triggering a Westminster debate.

An estimated 80,000 dogs are sold in the "legalised puppy trade" and the Government has already announced a tightening of the law on puppy sales, introducing a minimum age for dogs of eight weeks and requiring licensed breeders to show a dog in the presence of its mother.

But some campaigners say this does not go far enough. The petition wants puppies to only be sold via rescue centres or reputable breeders from their litters – not via middle men.

Responding for the government, Environment Minister George Eustice said the Government believes there is "merit in exploring this further", adding; "We do anticipate bringing forward a consultation based on the call for evidence."

Pic cap: Simon Hart MP and his Labrador puppy Crumble - bought from a reputable breeder and seen with both her parents and littermates.