MP INSPECTS WORK TO GET A484 REOPEN AFTER FIVE MONTH CLOSURE 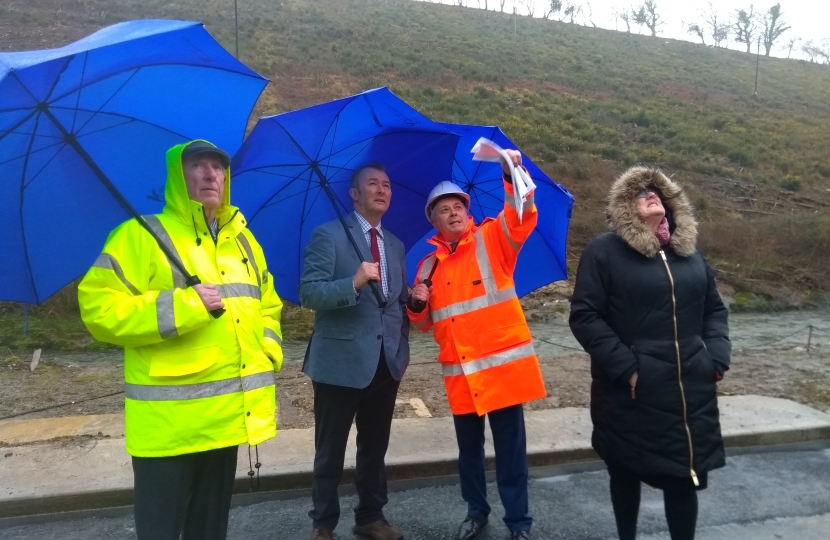 Simon Hart MP has visited the site of the landslip that has closed the A484 for the past five months.

He was invited to tour the area after organising a public meeting in Cwmduad in January which attracted 80 concerned residents.

"It was clear from the visit just what a massive operation it has been to clear up the landslip," said Mr Hart.

"The trees have now all been felled, stabilization work has been carried out on the bank and the work continues to shore up the road on the river side of the carriageway and rebuild the wall."

The road is due to reopen as a single lane carriageway with temporary traffic lights on March 18th.

"This won't be a moment too soon," added Mr Hart. "Residents of Cwmduad and Cynwyl Elfed have had to put up with a 10-mile detour and this has had a really negative effect on their lives.

"The cost of commuting has shot up with the extra mileage, the village of Hermon has been blighted by lorries on diversion and businesses have been severely knocked.

"I appreciate that this was a huge clean-up project that faced the council and everyone is extremely relieved to see some light at the end of the tunnel."